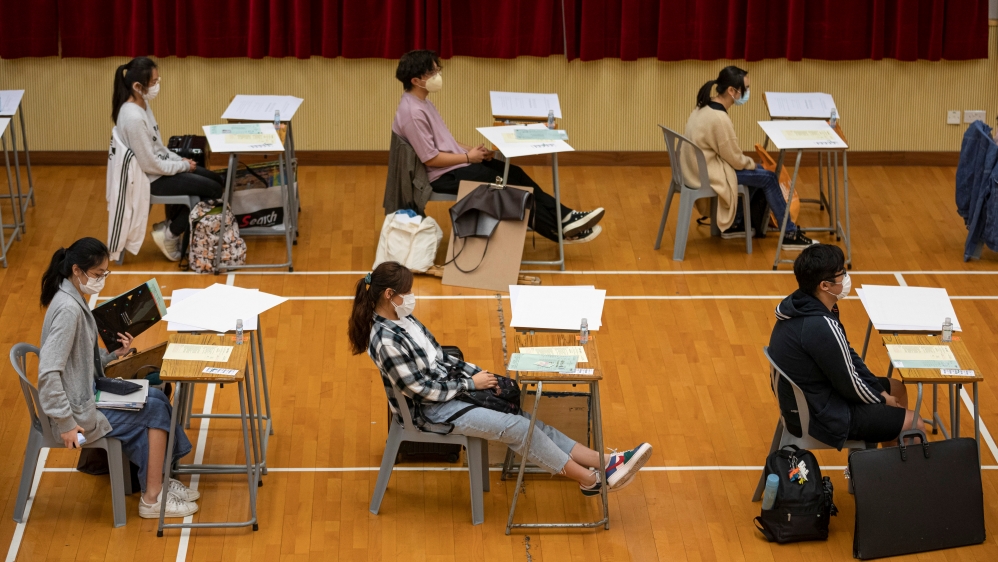 Hong Kong will close all schools from Monday after the territory reported a spike in locally transmitted COVID-19 infections, the city’s education minister said.

Italy has banned entry to people coming from 13 countries that it said presented an excessive rate of COVID-19 infections.

The first coronavirus case has been confirmed in northwest Syria, aid workers have said.

More than 12.2 million people around the world have been diagnosed with the coronavirus disease, known as COVID-19, and more than 553,000 have died, according to data compiled by Johns Hopkins University. More than 6.7 million patients have recovered.

Here are the latest updates.

Russia’s death toll from the coronavirus edged past 11,000, as the country reported 174 new deaths in the past 24 hours.

Kazakh President Kassym-Jomart Tokayev said that if the coronavirus situation in the Central Asian country does not improve by the end of its second lockdown, it would raise questions about the cabinet’s ability to work in its current composition.

Tokayev said the government would allocate an additional 150bn tenge ($363m) towards combating the outbreak and urged the central bank to lower its inflation target to 8.0-8.5 percent from 9.0-11.0 percent this year.

The economic fallout from the pandemic has negatively impacted about 31 million workers in Vietnam, with 900,000 out of work and nearly 18 million people receiving less income than before, a government agency said.

If solutions to drive business activity were not immediately implemented, there could be 5 million more people out of work by the end the year, the General Statistics Office (GSO) said.

The country’s economy has suffered, with second quarter growth at its slowest pace in at least 30 years due to the impact of the pandemic, putting the government’s 2020 economic targets well out of reach.

“Workers are being negatively impacted by being laid off or having had their working hours reduced. The number of affected workers will continue to climb in the upcoming quarters,” the GSO said in a statement.

“Urban unemployment rate in the second quarter hit the highest in 10 years, at 4.46 percent mostly because of the social distancing measure in April.”

We speak to a doctor in India about how plasma from recovered COVID-19 patients is being used to help those still battling the virus, with some positive results. pic.twitter.com/LYgZNb1y3T

The Bulgarian Football Union (BFU) may delay the start of the next domestic season, scheduled for July 24, after coronavirus infections at several clubs surged, its medical commission said.

More than half of top-flight clubs as well as second-tier teams have been hit by the virus, with Cherno More Varna reporting 16 cases and Cup winners Lokomotiv Plovdiv nine.

“The medical commission made a proposal for the championship to start one or two weeks later than planned,” commission secretary Mihail Iliev told Reuters news agency. “We believe it’s a reasonable step in view of the complicated epidemiological situation.”

Hong Kong’s Education Bureau announced the suspension of all schools from Monday after a spike in locally transmitted coronavirus cases that has fuelled fears of a renewed community spread in the city.

Schools in the Asian financial hub have been mostly shut since February with many having switched to online learning and lessons by conference call. Many international schools are already on summer break.

The city reported 42 new cases on Thursday, of which 34 were locally transmitted, marking the second consecutive day of rising local infections. 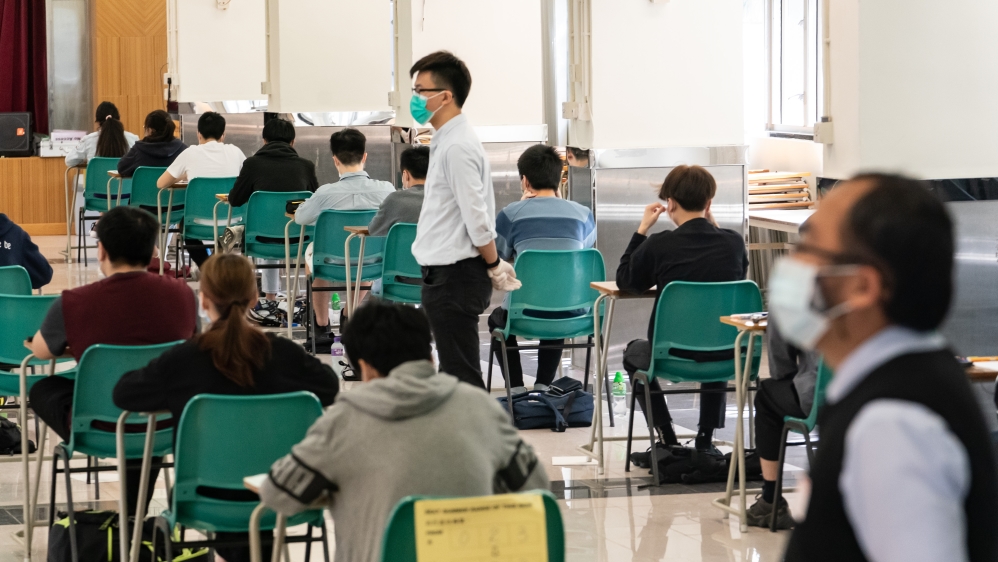 Temperature checks and social distancing measures to avoid the spread of COVID-19 had been put in place in schools across Hong Kong [File: Anthony Kwan/Getty Images]

Although patients given the drug early in the trial showed more improvement than those who got delayed doses, the results did not reach statistical significance, Fujita Health University researcher Yohei Doi said.

The results, announced at a news conference, followed the completion of a clinical trial conducted between March and May on 89 patients across Japan.

Hello, this is Farah Najjar taking over from my colleague Zaheena Rasheed.

Hong Kong is set to announce the suspension of all schools after a spike in locally transmitted coronavirus cases, the South China Morning Post reported.

The newspaper cited a medical source as saying that at least 30 more people had tested positive for the virus on Friday. Eleven of the new cases were at a public housing estate.

The city had reported 42 new cases on Thursday, of which 34 were locally transmitted.

Australia will halve the number of citizens allowed to return home from overseas each week, Prime Minister Scott Morrison said, as authorities struggle to contain a COVID-19 outbreak in the country’s second-largest city.

From Monday, only 4,000 Australian citizens or permanent residents will be allowed back into the country each day, down from about 8,000 currently, Morrison said.

Those who return will also have to pay for their quarantine stays.

“The decision that we took … was to ensure that we could put our focus on the resources needed to do the testing and tracing and not have to have resources diverted to other tasks,” Morrison told reporters in Canberra after a meeting of the national cabinet.

China’s embassy in Kazakhstan has warned its citizens to take precautions against an outbreak of pneumonia in the country that it says is more lethal than COVID-19.

In a statement on its official WeChat account, the embassy said there had been a “significant increase” in cases in the cities of Atyrau, Aktobe and Shymkent since mid-June.

The disease’s mortality rate “is much higher than that of pneumonia caused by the novel coronavirus”, it said, noting pneumonia in Kazakhstan had killed 1,772 people in the first half of the year, with 628 deaths in June alone. The deaths included that of Chinese citizens. 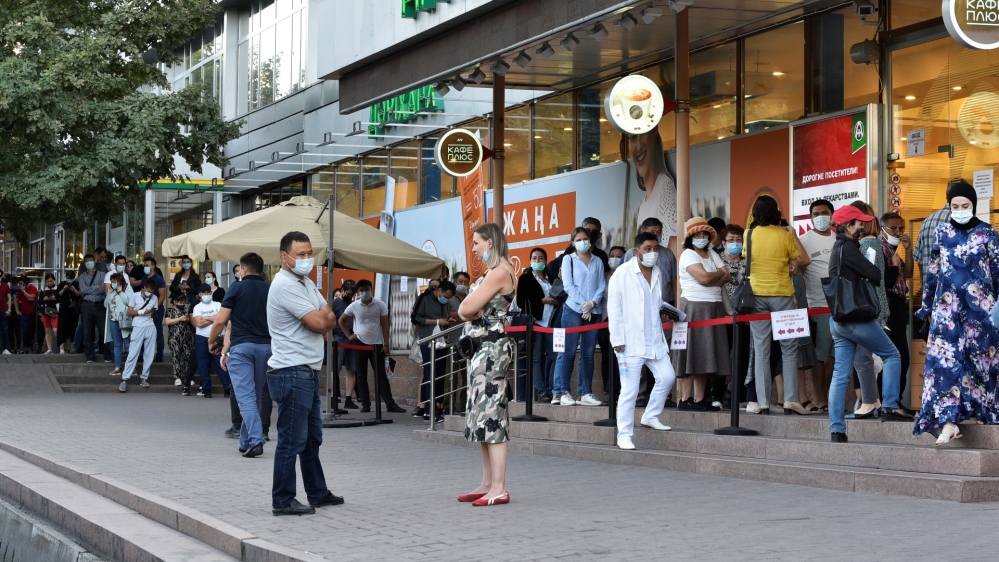 It remains unclear whether it is caused by a virus related to coronavirus or by a different strain. The embassy said Kazakhstan’s health ministry and other health institutions were now carrying out a “comparative study”, but no conclusions had yet been made.

Kazakhstan has recorded more than 50,000 confirmed cases of COVID-19, including 264 deaths.

The US state of California filed a lawsuit seeking to block a Trump administration rule that could force tens of thousands of international students to leave the country if their schools hold all classes online amid the coronavirus pandemic.

“The Trump Administration’s unlawful policy … threatens to exacerbate the spread of COVID-19 and exile hundreds of thousands of college students studying in the United States,” a statement announcing the lawsuit said.

The United States on Thursday posted 65,551 new coronavirus cases, a record for a 24-hour period, according to a tally by Johns Hopkins University.

The previous daily record was on Tuesday, with more than 60,200 cases in one day.

Algeria will reimpose travel restrictions on Friday and increase testing in a bid to stop a rise in coronavirus infections, the government said.

Under the measure, citizens will be barred from travelling to and from 29 provinces including the capital, Algiers, for a week starting on Friday, the government said in a statement.

The authorities last month eased restrictions, shortening a curfew – from 7pm to 7am to 8pm to 5am – in those provinces and ending it in the remaining 19.

Diosdado Cabello, leader of the Venezuelan socialist party, said he has tested positive for COVID-19.

Cabello is considered the second-most powerful person in Venezuela after President Nicolas Maduro and made the announcement on Twitter, stating that he is isolated, getting treatment and will overcome the illness.

“We will win!” he wrote in conclusion. 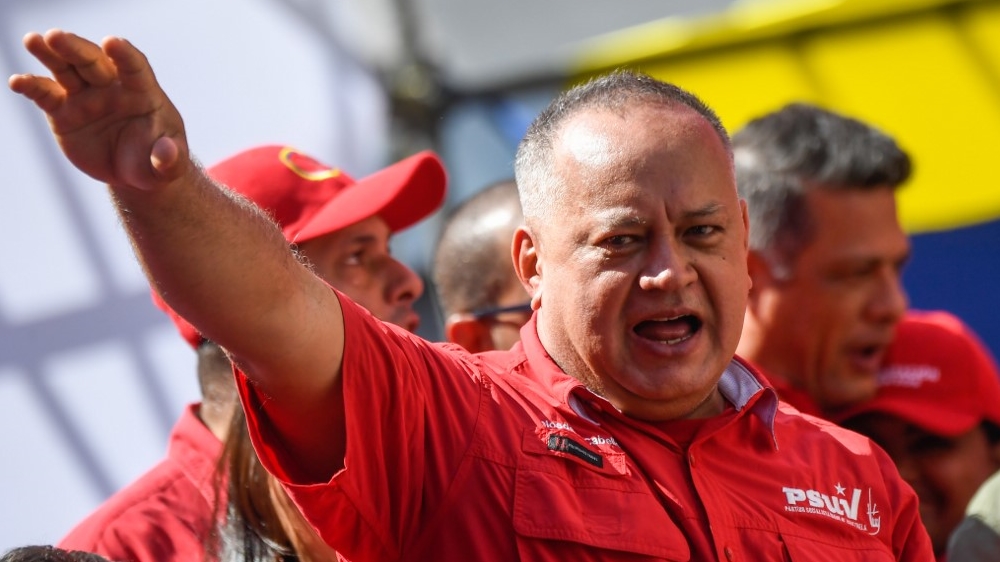 Diosdado Cabello gestures during a rally commemorating the 31st anniversary of a deadly popular revolt in Caracas on February 27, 2020 [File: Federico Parra/AFP]

Wearing masks and gloves, Singaporeans began casting their ballots under the cloud of the COVID-19 pandemic, which is pushing the city-state’s economy towards its deepest recession and has made concerns over jobs the focus of the election.

“I think it’s ok to vote during a pandemic because the conditions aren’t that severe at this point and all necessary precautions are being taken,” said Malini Nathan, 42, a communications executive.

“Issues I am concerned about are healthcare, job security and retirement,” Nathan said. 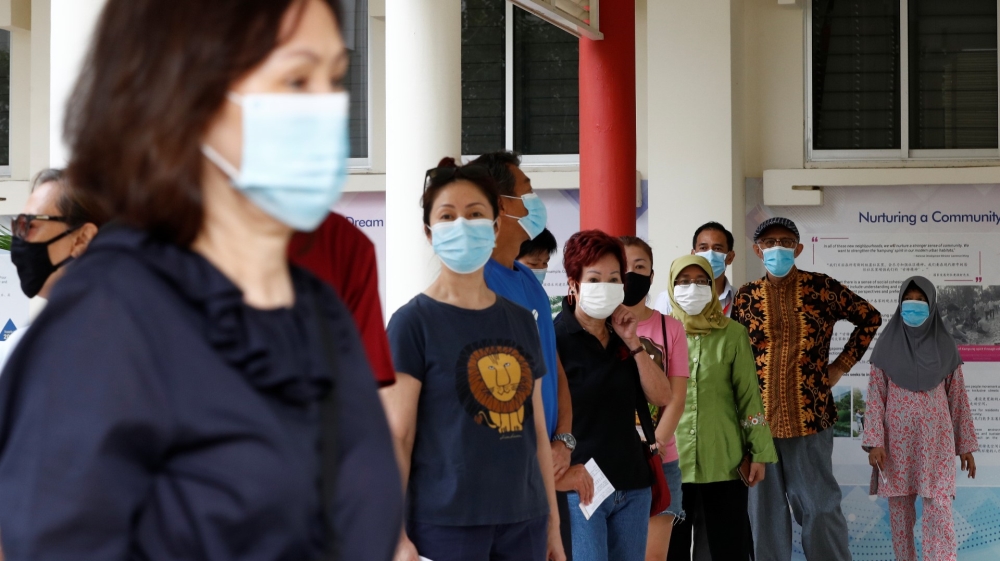 Citizens have each been given a recommended voting window.

Wearing masks is compulsory in public. And voters are expected to spend no more than five minutes in a polling station, where they will self-scan identity cards, sanitise their hands and pull on disposable gloves before receiving a ballot paper.

COVID-19 patients and those under quarantine cannot vote, but a mobile polling team will bring the ballot box to the rooms of Singaporeans who have recently returned from overseas and are being isolated at hotels. 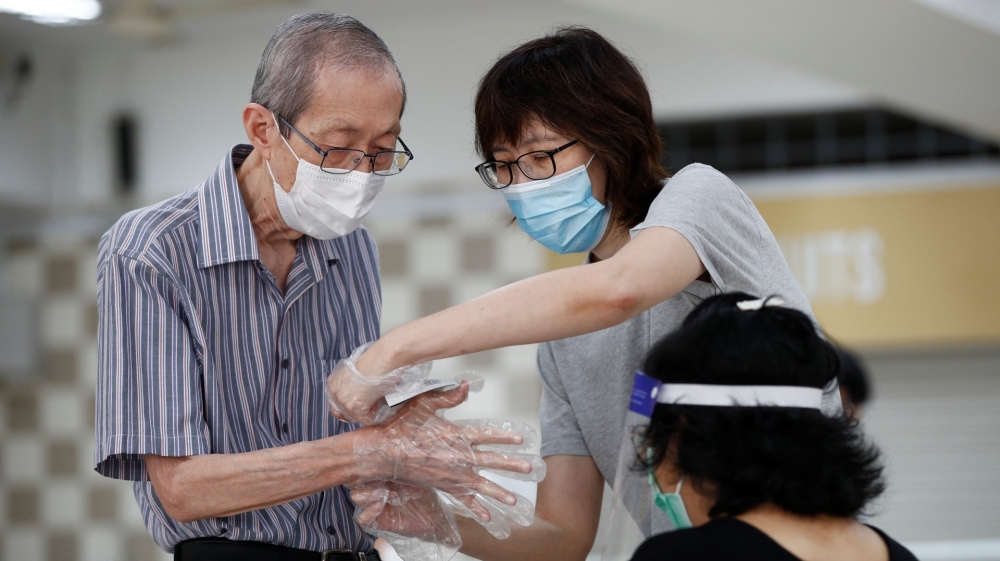 A relative helps a voter put on plastic gloves, as part of preventive measures against COVID-19 at a Singapore polling station [Edgar Su/ Reuters] 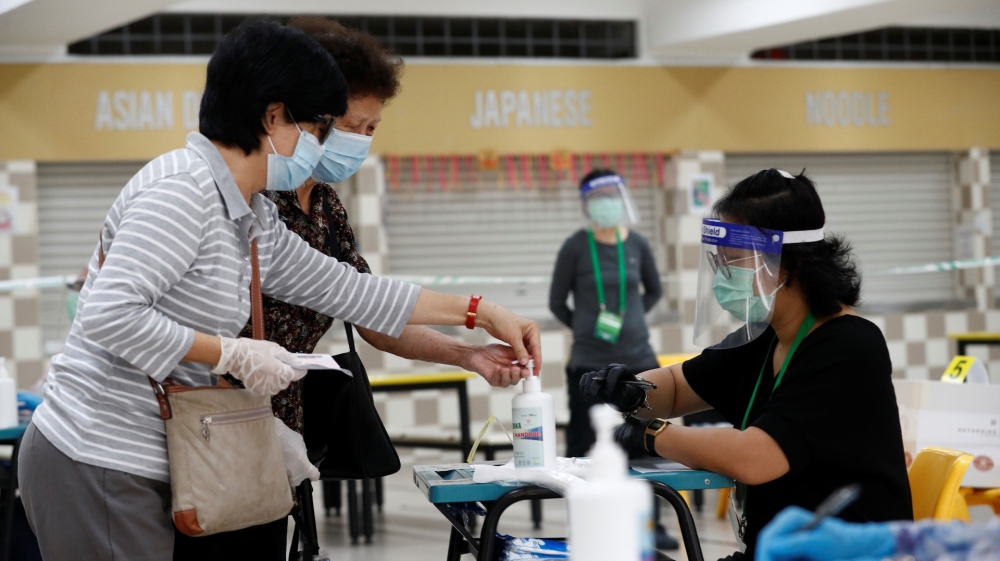 Sample counts are expected soon after the close of polls at 8pm (12:00 GMT) with final results due in the early hours of Saturday.

In power since independence in 1965, the ruling People’s Action Party (PAP) is expected to carry Prime Minister Lee Hsien Loong to another comfortable victory.

Another update on the Brazilian president – Jair Bolsonaro’s press office is saying he is in good health after testing positive for COVID-19 earlier this week.

“President Jair Bolsonaro, diagnosed with COVID-19 on [July] 7, is getting on well, without complications,” the statement says.

“He is in good health and continues to be monitored routinely by the medical team of the Presidency of the Republic.”

Two days after being diagnosed with COVID-19, Bolsonaro repeated his view that the looming economic crisis from the pandemic is more dangerous than the virus for Brazil.

In an online broadcast from the presidential residence, the Brazilian president said mayors and governors need to reopen the country for business. “Otherwise the consequences will be harmful for Brazil,” he said.

Africa’s most developed country is now a hot spot in the global pandemic with 238,339 total confirmed cases. Gauteng province, which contains Johannesburg and the capital, Pretoria, is home to more than a third of the total cases.

Mexico on Thursday posted a fresh record for new coronavirus cases reported on a single day, with 7,280 cases, bringing its overall tally of infections to 282,283, health ministry data showed.

Mexico’s previous one-day record was posted a day earlier on Wednesday, when 6,995 new cases were registered.

You can find all the key developments from yesterday, July 9, here. 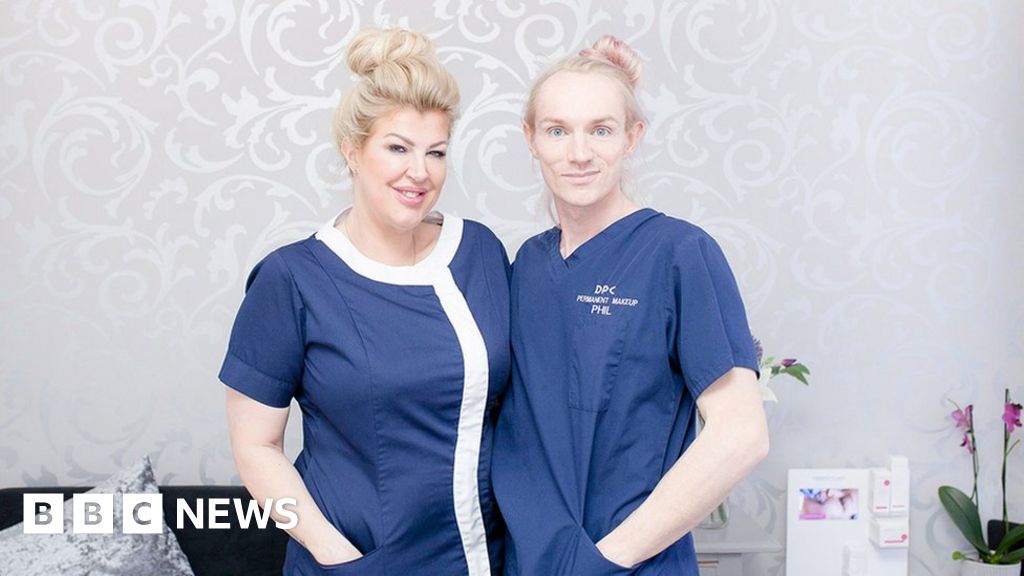 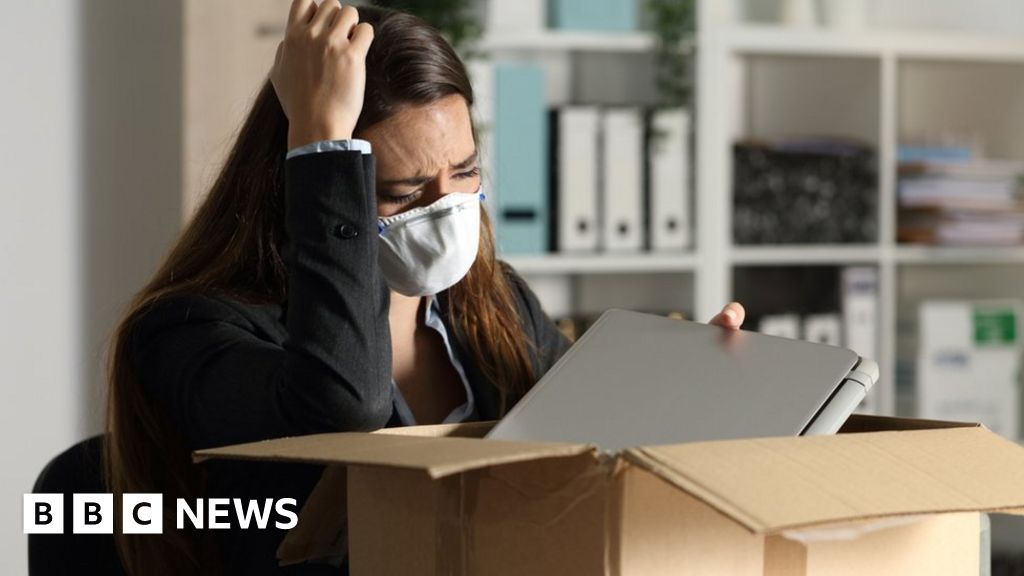 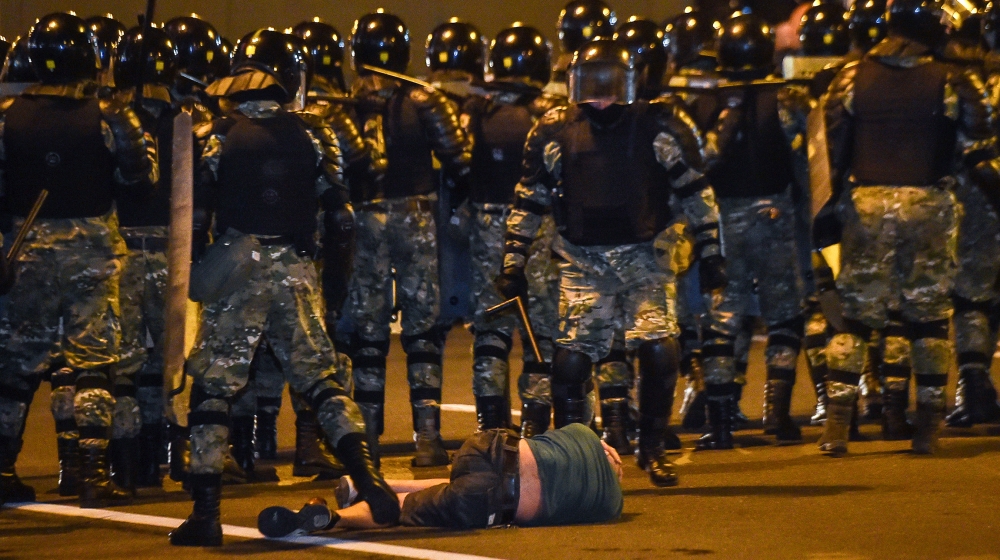